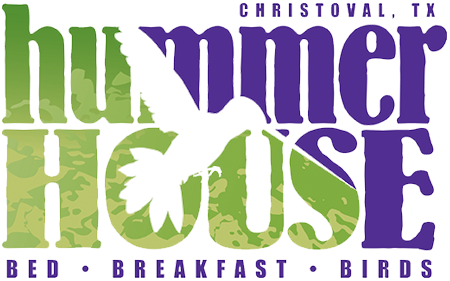 “Camp Discovery is our way of providing a place where children and their adult sponsors can further their knowledge of Mother Nature in the midst of God’s amazing handiwork.”     Cathy Brown

For many years, Dan and I contributed our time and resources to several outdoor education programs held at the HEB Foundation Camp near Leakey, Texas. We no longer participate in HEB Camp but love the concept of outdoor education. With this in mind, The Hummer House hosted the first annual Camp Discovery for the 4th graders of Christoval ISD on May 7, 2012. With the success of the first camp, Camp Discovery is now held for Christoval ISD 4th graders the last Thursday in April every year. Each class is taught by a guest presenter who is very knowledgeable in their field. It is our hope that other schools will look at the natural resources surrounding them and implement similar camps in their districts.

Camp Discovery 2016
May 17th was an overcast day but the chance of rain did not stop the fifth annual Camp Discovery from being an exciting day of learning for the 4th graders of Christoval ISD. All participants went away with a more enhanced sense of the world of nature around them.

Henry Dusek presented Living Off the Land. We stepped back in time and saw how homesteaders lived off the land. Students were shown a variety of animal skulls and antlers.  Always a favorite class!

Dan Brown gave an informative program about Rocks and Minerals. Students were shown many specimens of rocks and given much information about their formation and age. The stone cutting process was described and students were able to handle thin slices of beautiful rock.

Nancy Floyd presented the Hummingbird program and demonstrated the hummingbird banding process. Students were allowed to release the hummers after they were banded.

The San Angelo Nature Center provided a program on Reptiles, bringing a menagerie of snakes, iguanas, and turtles. The bravest students touched and held the specimens while others chose to view from a few feet away.

Songbird Banding was done by Charles Floyd.  A large variety of species of birds were released by the students after they had been banded.

Our Pottery class was led by Dr. David Tarver and his wife, Debbie.  The pottery making process was described through his demonstration. Each participant was given a piece of clay to work and make into an object that could be taken home once dried.

Kay Thompson gave a Native Plants presentation, focusing on the concept of host plants for butterflies.  Charles Floyd then led students along the South Concho River and shared his knowledge of the native plants of our area.

The Texas Camel Corps were a wonderful addtion to our camp this year.  Doug Baum is a very gifted educator.  Along with his camels, Doug brought geography, math and Texas history to life before our very eyes.

Bonnie Kattner and a host of volunteers taught water safety and Kayaking.  Students and sponsors had a great time paddling along the South Concho River.

We want to thank all of the parents and teachers who were sponsors of the groups for the day. Their help made Camp Discovery a very successful day. We are already looking forward to Camp Discovery 2017!